Check out these stunning gigs at Lincoln Drill Hall in March!!!

Check out these stunning gigs at Lincoln Drill Hall in March!!!

Friday 1 March 8pm Spring Ceilidh with The Liam Robinson Dance Band
Come along and enjoy some fun traditional dancing that everyone can take part in. No previous experience necessary and suitable for all ages and abilities. Musician and dance caller Liam Robinson has performed across Europe and North America at events from small house dances to large festivals. His band, featuring Tim Walker on percussion and brass and Nina Zagorski on piano, bring you some of the best traditional dance music around including many tunes local to the area. A great night is guaranteed! Tickets: £7 (£5 concessions)
Saturday 2 March 8pm New Jazz 5 presents Marlene Ver PlanckMarlene VerPlanck returns to the Drill Hall for an unmissable evening of jazz standards. She has almost everything one could ask for in a singer of classic American songs: a gorgeous sound, a solid understanding of words and story and a sure and steady feel for rhythm. In her early career she worked as a backing singer for Frank Sinatra, Perry Como, and Tony Bennett, emerging as a leading solo performer in the 1970s, playing Carnegie Hall to rave reviews.
‘She may be the most accomplished interpreter of popular material performing today...interpretive sensitivity and perceptive choice of songs that can be matched only by a handful of singers.’ New York Times. Tickets: £14 (£12 concessions / £7 students)
Friday 8 March 7.30pm The Twist
The Twist, an electrifying West End-style show bringing you the greatest musical stars of the 50’s and 60’s. Elvis, Dusty, Buddy Holly, Connie Francis, Billy Fury, Petula Clark, Eddie Cochran and Brenda Lee. Take a nostalgic trip back in time with this spectacular, vibrant, non-stop rockin’ show. Live band, dancers, comedy and incredibly authentic vocals.
Set in an American Diner, Tony ‘the hair’ Tremendo runs the diner in his own calamitous way while his bubbly waitresses, the Twistettes bring laughter and dance to a vocal line-up that features over 30 songs.
Tickets: £22 (£18)
Saturday 9 March 8pm Gabby Young & Other Animals
The 7-piece Gabby Young and Other Animals was formed in 2008 and the band’s sound & look is as original as it is amazing. Young’s style combines Balkan brass, jazz and swing in a sound that has been affectionately dubbed Circus Swing. As famous for her extravagant costumes as for her soulful voice, her flamboyant show has been likened to Florence + the Machine and Paloma Faith, while her classically trained voice has been likened to that of Kate Bush, Tori Amos and Imogen Heap. This tour is to promote her second album, which is filled with often unexpectedly thoughtful, sophisticated songs that continually switch direction, from cool guitar, accordion or piano-backed balladry to furious trumpet and trombone-backed workouts.
‘We are playing this a lot because we love it. She is terrific live, a really big wall of sound”. Graham Norton BBC Radio 2 Support TBC Tickets: £10 adv (£12 on the day)
Saturday 16 March 8pm St Patrick’s Night with The Hooleys & friends
The definition of a Hooley is ‘to meet secretly at the homes of friends and family to drink, sing and play music.’ Preferring to bring the party into more public places, local musical legends The Hooleys return to the Drill Hall for another night of raw Celtic and European musical passion! Join us for the best way to celebrate Patrick’s Night…. but don't forget to bring your dancing shoes! Tickets: £8 in advance (£10 on the day)
Thursday 21 March 7.45 pm in the Room Upstairs The Moth Lantern
Mr Keith Presents another gig in our series of young semi acoustic acts in the Room Upstairs.
With a sound that recalls Beck, Jeff Buckley and The National, The Moth Lantern are Dan, Jason, Joanne and Eddie from Lincoln. The Moth Lantern was recently featured on Radio 1's One Music website: "Downbeat but gloriously wonderful acoustic pop with a cinematic edge, The Moth Lantern are a beguiling proposition." ‘Great stuff, we like these!’ Tom Robinson, BBC6 Music Support TBC.
Tickets: £6
Friday 22 March 8pm Whole Lotta Led
After 12 years with the same line up (and having just beaten the length of time Led Zeppelin were together), Whole Lotta Led have undergone a change in line-up. Joining the band on drums is Charlie Hart, a gifted musician who has long admired John Bonham's drum style and new vocalist, Lee Pryor, who effortlessly reproduces Robert Plants amazing vocals & David Wykeham-George who, as well as playing keyboards, will also be contributing guitar and backing vocals. Don't worry though, founder members Nick Ferris (guitar) and Geoff Hunt (bass) are still there, continuing the legacy and ensuring the standard of performance is as high as it can be. If you haven't seen the band before you'll be well impressed and if you have seen the old band, come and witness the amazing changes.
Whole Lotta Led just gotta Whole Lot Better. Tickets: £12.50 adv (£14.50 on the day)
Lincoln Drill Hall, Free School Lane, Lincoln. LN2 1EY
www.lincolndrillhall.com 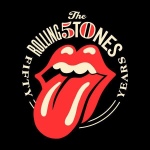 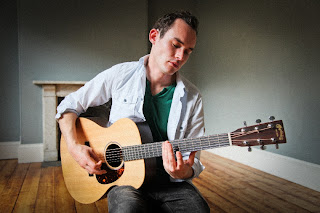 Join us for an unusual evening of brilliant and original guitar music from two extraordinary and charismatic performers and a chance to watch Ockham’s Razor!


During the extended interval while most of the audience watch Not Until We Are Lost there will be a chance for a few people to take part in a guitar masterclass with Chris & Elliott. 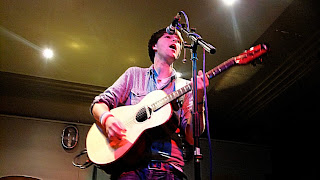 There has been a change to the February Live Music Itinery @ Old Nick's Tavern Horncastle, Shiny Happy People have had to cancel their booking for Saturday 16th..

We are pleased to advise that prog rock outfit Izengard have now been booked in their place: 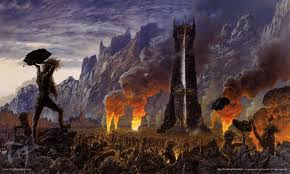 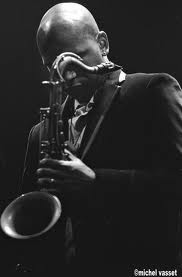 
This is a rare opportunity to see one of the most important figures in jazz music today. Join Walter Smith III as he makes his inaugural UK tour as a band leader with this all-American quartet.


Smith is among the most celebrated tenor saxophonists of his generation, renowned for his instantly recognisable sound and ground breaking albums and is the first choice of tenorist for US superstars such as Terence Blanchard and Christian McBride.