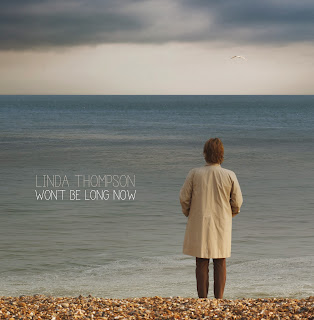 Topic are to release our first vinyl LP in over 25 years
on Monday 18th November Linda Thompson‘s splendid new album Won’t Be Long Now will be released on 180gm audiophile vinyl within a gatefold sleeve.
Won’t Be Long Now is Linda Thompson’s first album in six years and is a return to her folk roots and a bit of a family affair – featuring a duet with former husband Richard Thompson, contributions from their children Teddy and Kami together with grandson Zak Hobbs. Won’t Be Long Now also includes appearances by many alumni of the British folk scene, including John Kirkpatrick, Dave Swarbrick, Martin and Eliza Carthy as well as American musicians such as David Mansfield, Amy Helm, Sam Amidon, Jenni Muldaur and Tony Trischka among others.

America's NPR claims “getting to listen to Thompson’s rich voice is well worth the wait”. Recorded mainly in New York City but also at sessions in Scotland and various London studios including Abbey Road, with longtime producer Ed Haber, the album features nine songs penned by Linda as well as collaborators, including Teddy Thompson and Ron Sexsmith.


The audiophile 180gm LP may be ordered now from the Topic online shop
http://www.topicrecords.co.uk/linda-thompson-wont-be-long-now