Touring throughout 2014
Ronnie always jokingly claimed that he found the musicians for Slim Chance in the pages of Exchange and Mart. In 2010 Charlie Hart and Steve Simpson trawled the streets of South London and miraculously found three more ex-Slim Chancers who were all keen to sign up again to the quest for Ronnie's musical holy grail. By gigging round the country the line-up has gelled into a fine band and become a powerful entity in its own right.


The aim is to create a show which celebrates the range of Ronnie's later music: to take this show to people in village halls and clubs, festivals and theatres at home and abroad; and eventually, joined by numerous friends, to resurrect the Passing Show itself. 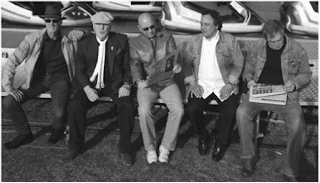 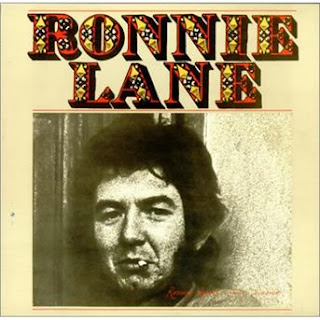 London Borderline
Joe Geesin, for Record Collector
This sold-out show saw the launch of the band's new single, One For The Road, an old Lane classic, backed with Flags And Banners, co-written with Rod Stewart. The show mixed Faces and Ronnie Lane/Slim Chance material with aplomb; the band were clearly tightly rehearsed and enjoyed it too. The enthusiastic reception ensured that Last Orders and You're So Rude went down as well as Anniversary, Don't Try To Change My Mind and You Never Can Tell. From mod to blues to rock'n'roll, the sound was solid, yet smooth. The underlying feel of R&B-meets-Americana meant everything across the two sets ran seamlessly. Charlie Hart's accordion bolstered the sound nicely, and bassist Steve Bingham nodded along as if they were playing in your front room.
Thoroughly enjoyable.
1 April 1946 – 4 June 1997 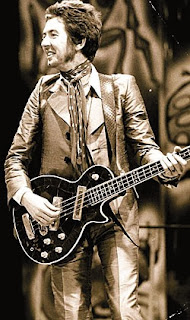 In 2012 Slim Chance performed at Glastonbury, the reaction was extraordinary.


rockartistmgmt@aol.com
Posted by Keith Luckey at 02:15