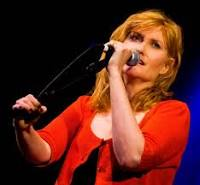 Eddi Reader was brought into the limelight with Fairground Attraction and their single ‘Perfect’ and parent album First of a Million Kisses which both topped the British charts. However, it has been her subsequent solo albums which signalled her increasing ability to assimilate different musical styles and make them all very much her own. From the traditional to the contemporary, Eddi brings to joyous life all forms of song and what sets Reader apart is the depth and quality of the emotional performance; her ability not only to move the listener but to connect her experience to that of her audience. Her rare blend of meltingly true vocals and towering romanticism combine with an astute and pragmatic nature to make her a unique and powerful figure in contemporary British music. She has effortlessly developed into one of popular music’s most thrilling and affecting performers.
Tickets: £22.50 in advance (£24.50 on the day) from 01522 873894