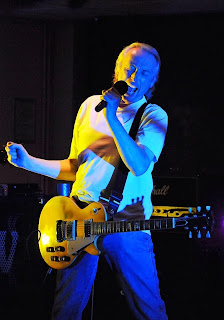 
Legendary Blues maestro Stan Webb and band Chicken Shack make a rare appearance in Lincoln. A mainstay of the British Blues scene since the mid-60s, Stan is recognised as one of the top ten British Blues guitarists, whose contribution to early British Blues music continues to gain recognition today. With support from Special Riders.