Steve Skaith at Lincoln Drill Hall on 4th of June. 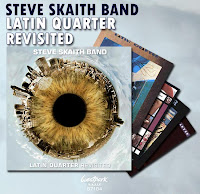 Back to Mono 60s Club Night

This time it's THE BEATLES special. We'll be playing all our usual classics along with obscure Psych/Garage, but we'll be mixing a few extra Beatles tracks with the finest cover versions (girl groups, Otis Redding, Wilson Pickett, Aretha Franklin etc.)
Further details from Back To Mono Record Store 01522 537988
Posted by Keith Luckey at 14:44 0 comments

Email ThisBlogThis!Share to TwitterShare to FacebookShare to Pinterest
Labels: 60s night, back to mono 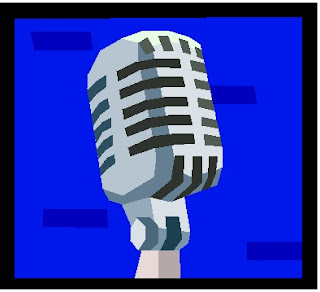 The best gig listing service for Lincolnshire.
Posted by Keith Luckey at 14:27 0 comments 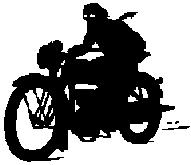 Catch the Coffee Bar Cowboys at the Lincoln Beer Festival tonight. On stage at 7.30pm followed by the Love Boat Captains.

Lincoln Drill Hall Gigs in June
Saturday 4 June 8 pm
Steve Skaith Band - Latin Quarter revisited
Steve Skaith, born and bred in Lincoln, was the singer/songwriter with the 80s band Latin Quarter, best known for the hit single 'Radio Africa'. After many years living in Mexico, he is now back in England playing with his own acoustic band. This features Cath Burke (mandolin, whistles and flute) and Anthony Lewis (Bass guitar). The concert will include both old and new songs.
Tickets: £9 on the day (£8 advance)
Wednesday 15 June 7 pm
Studentz Rock VIII
An eclectic mix of contemporary music performed by the second year music students of Lincoln College under the watchful eye of legendary tutor Dave Mallett.
Tickets: £3
Friday 17 June 8 pm
New Jazz 5 presents The Nigel Price Organ Trio
The Nigel Price Organ Trio - winner of the 2010 Parliamentary Jazz Awards ‘best jazz ensemble’ – is led by one of Britain’s finest guitarists Nigel Price, ex James Taylor Quartet and also a regular performer at Ronnie Scotts. His band will be playing unpretentious, hard swinging, jazz material from their recent album ‘Nigel Price Organ Trio – Live’.
Tickets: £14 (£12 concessions / £7 students)
Saturday 18 June 8 pmKieran Goss: Live & SoloLong hailed as one of Ireland's leading songwriters and performers, Kieran Goss’s music has won him fans across the globe. But if his songs have made him a star, his live shows have made him a legend. Live on stage is where Kieran Goss really shines.
“The sense of fun is tremendous, the playing first rate and the songs are sheer quality. The encores were genuine, but only because the man is too.” The Irish Times
‘One man, one guitar and a voice sent express mail from heaven.’ Time Out
£12 on the day (£10 advance)
Tickets from 01522 874894 or boxoffice@lincolndrillhall.com Web http://www.lincolndrillhall.com/
Drill Hall Gig Guide on Facebook www.facebook.com/DrillHallGigGuide
Posted by Keith Luckey at 01:14 0 comments

Try to catch one of these Lincolnshire Hot Gigs in June! 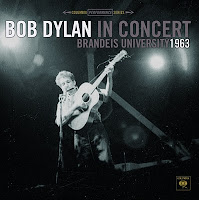 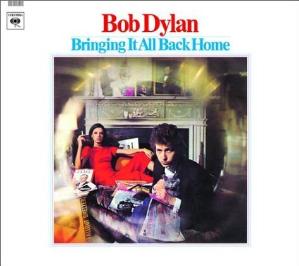 Happy Birthday Bob Dylan! The Times They Might Be A Changing but we hope you keep going on!
Posted by Keith Luckey at 02:15 0 comments 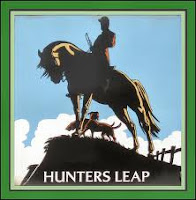 Big Pink will be playing live at the Hunters Leap Pub in Washingborough on Sunday 19 May. Gig starts at 8pm.

Hit the Write Note in Lincoln!

The Write Note
The next monthly Write Note takes place on Saturday 28th May 2011at Lincoln Central Library (runs from noon- 2pm) The acoustic session in the exhibition room is open to musicians & listeners.No admission charge, just turn up & play or listen.
Hosted by Strummin' Steve (01522-824563).
Posted by Keith Luckey at 00:41 0 comments

Steve Skaith Band - Latin Quarter revisited at Lincoln Drill Hall Saturday 4 June 8pm
Steve Skaith, born and bred in Lincoln, was the singer and co-writer of the band Latin Quarter, best known for the 80s hit single –‘Radio Africa’ and their collaboration with the Zimbabwean group, the Bhundu Boys in the 90‘s.
In 1999 after 6 albums, the band finally split up and Steve went to live in Mexico where he met and formed the Steve Skaith Band with Mexican musicians. They played regularly in that country as well as touring England and Germany 3 times. They produced three albums Mexile (2003), Empires and Us (2005) and Imaginary Friend (2007). These albums mix British folk Rock with Latin and even African sounds and rhythms. They are released on Plaene Records and Westpark Music.

Since returning to the UK in 2007, Steve has been playing with British musicians Catherine Burke (mandolin, whistles, flute and clarinet), Ant Lewis (bass) and until her terrible wrist injury last year, Siobhan Culhane (accordion.) They recently completed a new album, entitled LATIN QUARTER REVISITED. The new album, produced by Steve Jeffries, ex-Latin Quarter keyboard player, is a re-recording of early Latin Quarter songs but with a radically new sound. The songs chosen for this project, are not only there for Steve’s nostalgic pleasure but because, written with Latin Quarter lyricist Mike Jones, they contain a freshness and relevance that no one would have imagined when they were first recorded 20 years ago.
See www.myspace.com/steveskaithband

Bringing It All Back Home: Bob Dylan at 70 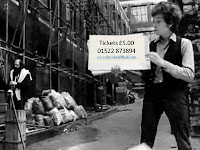 If you are a fan of Bob Dylan then check out this gig.
Tuesday 24 May 8 pm in the Café Bar at Lincoln Drill Hall
Bringing It All Back Home: Bob Dylan at 70
Bob Dylan has been an inspiration to musicians, songwriters and fans alike for five decades. We can’t get Dylan himself to come to the Drill Hall but we are going to celebrate Dylan’s 70th birthday with covers of some of his greatest songs by local musicians at an event hosted by the Coffee Bar Cowboys.
Artists performing are...
The Coffee Bar Cowboys
Blue Collar
Grahame Lloyd
Adam Burnage
Phil Gray
The Biryani Incident
Big John Pape
Richard Silvester
Strummin’ Steve Jackson
Shell Suits and Cowboy Boots
Eric Hubbert
Karl Svarc and Bob Reid
Kevin Smith
Paul Dickinson and Angela King
It is possible to book a pre-show meal from Joseph’s Cafe/ Bar at the Drill Hall for just £6.99 which includes a drink. Full details from 01522 539323.
Tickets for the show are £5 and are available from Lincoln Drill Hall,
Free School Lane, Lincoln. LN2 1EY
Box Office 01522 873894 boxoffice@lincolndrillhall.com Web www.lincolndrillhall.com Drill Hall Gig Guide on Facebook www.facebook.com/DrillHallGigGuide
Posted by Keith Luckey at 00:44 0 comments

RIP Bob Marley - 30 Years but you are still with us - You will Live Forever! 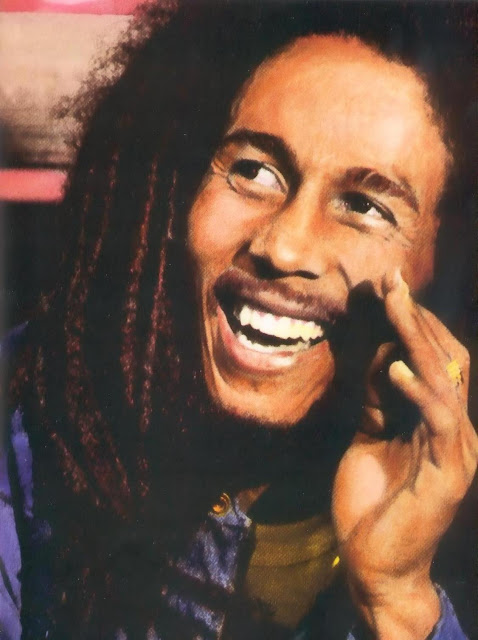 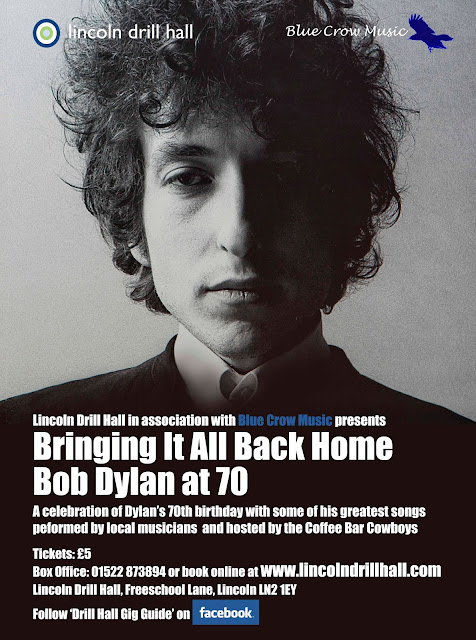 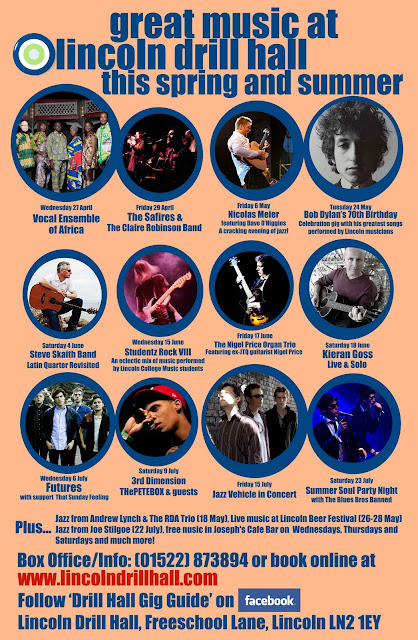 Email ThisBlogThis!Share to TwitterShare to FacebookShare to Pinterest
Labels: band from county hell 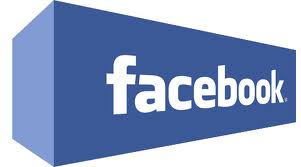 Upcoming Gigs at the Adam and Eve Tavern Lincoln 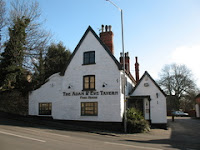 Upcoming Gigs at the Adam and Eve Tavern Lincoln

"Songwriters of the 70's" with Abi Moore

"Songwriters of the 70's" with Abi Moore
Saturday, May 7 · 7:30pm - 10:30pm
Wing Village Hall,
Morcott Road,
Wing, Oakham, Rutland, LE15 8SA
If you missed the Sold Out first run of this new show, fear not! Abi will be doing the second of three on 7th May in Wing, Rutland. In the show, Abi will celebrate the music of artists like Joni Mitchell, John Denver, Simon & Garfunkel, James Taylor, Bob Dylan, Carole King, Elton John, Paul McCartney, Fleetwood Mac & Stevie Wonder. Tickets are £6.00 and are available from http://www.wegottickets.com/event/110025 or 01476 560041.
Posted by Keith Luckey at 04:23 0 comments

Email ThisBlogThis!Share to TwitterShare to FacebookShare to Pinterest
Labels: abi moore, songs of the seventies