This Could Be The Last Time – A Local Tribute to Fifty Years of The Rolling Stones.

This Could Be The Last Time – A Local Tribute to Fifty Years of The Rolling Stones. 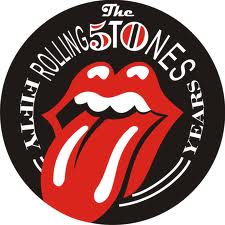 Tuesday 21st May 7.30 pm – Lincoln Drill Hall Cafe/Bar
It is fifty years since the Rolling Stones first entered Olympic Studios in London, on Friday May 10th 1963, to record an aborted version of Chuck Berry’s ‘Come On’ and a cut of Willie Dixon’s ‘I Want to Be Loved’.
On Tuesday 31st December 1963 They played at the end of year party at Lincoln Drill Hall and stayed on to see in the new year, all except that is, Brian and Stu’ who went to the Cathedral believing it was haunted!
The next day the Stones, travelled by train to Manchester to appear on the first ever edition of Top of The Pops and played ‘I Wanna Be Your Man. The Stones returned to Lincoln on the 22nd September 1964 to play two shows at the ABC.
At Tuesdays event at Lincoln Drill Hall local musicians will pay tribute to the Stones by performing their own versions of some of the bands vast catalogue of songs.
Musicians confirmed so far are...
The Coffee Bar Cowboys, Collin Moss with Crossfire Hurricane (AKA Revolver), Steven and Rose McClelland, Dave Mallet, Steve Jackson, Karl Svarc, Richard Silvester, Stuart Wishart with Maurice Mulligan, Keith Luckey and The Boxenburg Boys .
We are also interested to hear from people who have memories of the Rolling Stones visits to Lincoln or may even have met them in the City.
There is still room for Musicians who would like to take part. They should email keith@bluecrowmusic.co.uk for details.
Tickets are £5.00 and are available from the Box Office 01522 873894
Posted by Keith Luckey at 15:31 0 comments