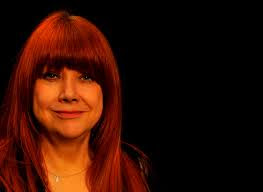 Sonja Kristina is the iconic lead vocalist with Curved Air.
Her long career began in ‘60s Folk Clubs and festivals as a singer songwriter and she also starred In The Tribal Rock Musical  ‘HAIR’ and other West End shows .

Norman Beaker asked Sonja to be guest vocalist along with Pete Brown at The Windsor Racecourse  ‘Summer of ‘67’ festival’  in July 2017 .
The success of this appearance inspired Norman and his band to suggest they perform more shows together.

Sonja has chosen to utilise this invitation to share powerful rock songs  from the ‘60s and ‘70s to the present - her personal favorites, including songs from Hair and Curved Air .

This is a rare opportunity to hear Sonja Kristina and the veteran musicians of The Norman Beaker Band explore some great vintage material together. 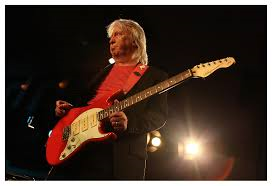 In 2017 Norman became only the British musician to be inducted into the Blues Hall of Fame. 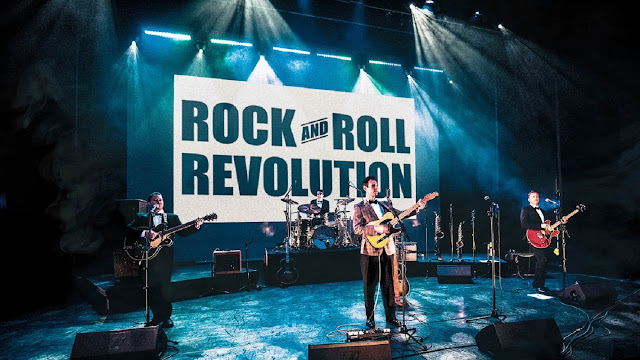 The UK's finest 1950s Rock n Roll band. They Bluejays take you on a historical journey via breathtaking renditions of the biggest hits of the era - Rock Around The Clock, That's All Right, That'll Be The Day, Tutti Frutti, Summertime Blues, Johnny B. Goode, Wake Up Little Susie, La Bamba, A Teenager In Love and many more. Come On! Move It!

Widely regarded as one of the most brilliant songwriters of her generation, Suzanne Vega emerged as a leading figure of the folk-music revival of the early 1980s when, accompanying herself on acoustic guitar, she sang what has been labeled contemporary folk or neo-folk songs of her own creation in Greenwich Village clubs. Since Suzanne’s critically acclaimed debut album 32 years ago she has sold over 7 million albums and has been nominated for 7 Grammy awards. She tours constantly and continues to play sold-out concerts in many of the world's best-known halls and arenas.

2017 marked the 30th anniversary of Suzanne Vega’s album "Solitude Standing", and the anniversary tour continues into this year. The album featured the surprise hit “Luka,” written from the perspective of an abused boy. "Luka" helped earn Vega three Grammy Nominations that year, including Record of the Year, Song of the Year and Best Female Pop Vocal Performance. The song resonates with so many people, that Suzanne still gets letters today thanking her for writing it. Solitude Standing went to #2 in the UK charts and #11 in the States.Suzanne Vega brings her anniversary tour to Lincoln! 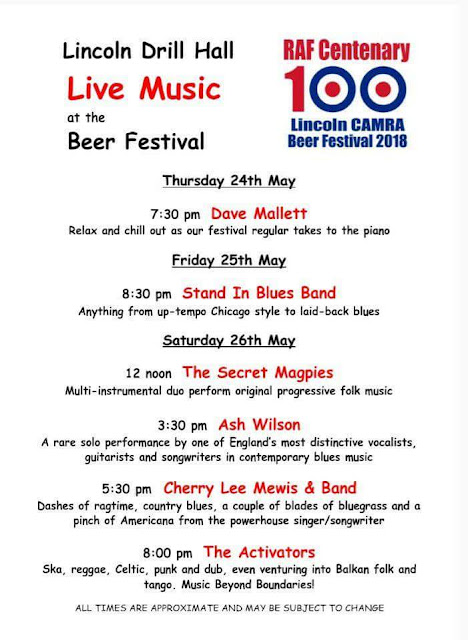 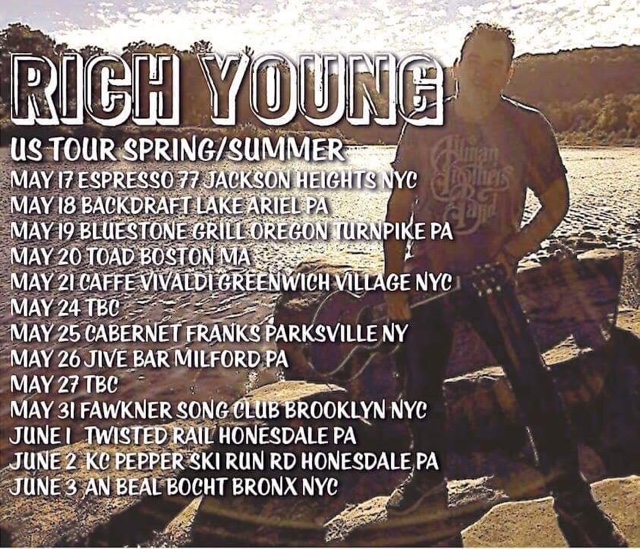 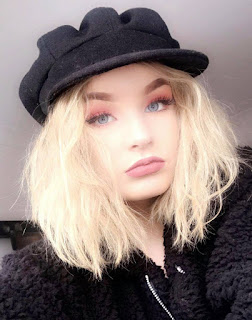 My name is Amelia Glendinning and I am in year 10 at Amvc. I am a member of Kindred KYT and have been singing and dancing since the age of 3. Up until this year I have only really performed musical theatre and was so happy to win the “Songs From Shows” category at this years Festival.
My biggest achievement to date, has to be coming runner up in the Music Showcase at this years festival. Performing my original song “Slowly running out of time” and receiving such positive feedback meant so much to me.
I have been playing piano for 3/4 years and have been writing my own songs for about the same time. My biggest influence is Birdy, as her songs are so relatable to me and I love her style of music.
The Peterborough Music Festival was such a wonderful experience for me and I am so grateful for the opportunity it gave me, especially performing at The Glasshouse. 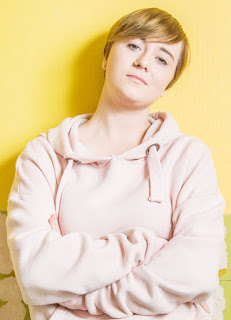 I wrote my first song about a year ago. My school was trying to fill places at a competition at the time, and my music teacher approached me as a last resort. Of course, I had no idea how to even begin writing a song- I couldn’t even read music- but I gave it my best shot anyway. I named my song “Superhuman”. I was quite proud of it once it was done, but the judge of the contest didn’t share my enthusiasm, pointing out how simplistic and “commercial” it was. Nonetheless, I enjoyed the process of writing it so much that I kept going. None of my songs are actually based on my own experiences- instead, I like to use songwriting as a storytelling medium, with each song being built around a different unique character. Recently, I’ve had the opportunity to work with a real producer and create new sounds for a few of my songs. Making music is such a rewarding process, and I hope I’ll be able to keep doing it for years to come. 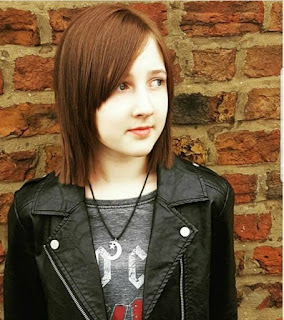 Sophie attends Tu danse performing arts class in Peterborough and did a pantomime in December. She has auditioned for the voice kids and got through to the 3rd stage in 2016.

Sophie loves all kinds of music from classical to rock! Rock songs influence her a lot. She particularly enjoys the Foo Fighters and Wolf Alice. But likes singer-songwriters like Ed Sheeran and Adele also. 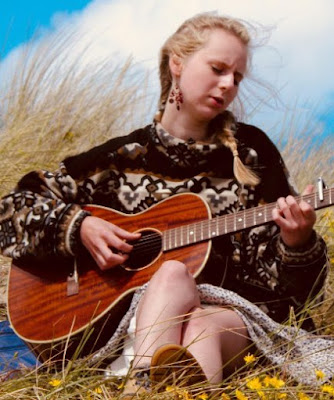 Tara Pasveer is a singer/songwriter from The Hague, a city on the coast of The Netherlands. With her songs she takes you on an inspiring musical journey with a lot of dynamics involved. Her sound is inspired by artists like The Tallest Man on Earth and Elliot Smith. Tara writes most of her songs in English; only 16 years old, she moved to the UK to further develop her musical- and English language skills. However, she sometimes surprises her audience with a song written in her first language, Dutch.

Tara often starts writing her dreamy lyrics inspired by a thing someone said or by a certain feeling. Tara’s song texts move along interesting melodies and catchy hooks, whether she writes about something uplifting like love, or a deep topic like death.

At the moment, Tara is working on her first EP, that she records in her bedroom recording studio. Together with producer Jack Morgan, she experiments with different sounds and sometimes adds electronic elements to her music. After she has completed her music course at the Peterborough Regional College this year, Tara will continue developing her sound in university. September this year she will start studying a Popular Music degree at Goldsmiths University of London.          https://www.facebook.com/tpasveer/ | https://soundcloud.com/tara-elisabeth-pasveer
Rogue State Circus 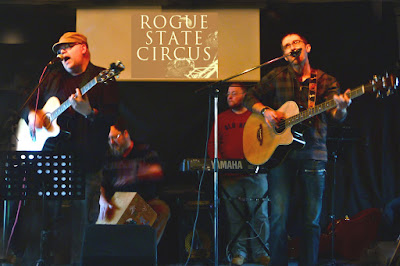 The Rogue State Circus are an original indie folk-rock Powerpop band from Northampton, influenced heavily by the classic pop of the 60's and 70's through New Wave to 80's pop too, everything from Bacharach to the Beatles, Kinks to Costello. Steely Dan to Danny Wilson.  The band love a good tuneful jangle with acoustics and 12 strings very much part of their eclectic sound.
The Rogue State Circus is first and foremost all about the songs and the songwriting - known for being "truly, truly genre-warping" - the band  released their first LP "Songs From The Sea of Serenity" in 2011 and have just completed their 12 track, second LP "Songs From The Sea of Storms" with Platinum Producer Gavin Monaghan (Editors, Nizlopi, Scott Matthews, Sherlocks, Twang, Ocean Colour Scene) for impending release this summer, and as the title suggests, the songs have a slightly darker edge this time round.
The Band currently consists of Singer-songwriter Jon Delaney on lead vocals/guitars ; Duncan Bisatt: bass and vocals; Karl Muddiman: Keyboards, Simon Barr: 12 String Guitars and Rai Clews on Cajon/Percussion, the band are also often joined by Karen Angela on vocals.
Rogue State Circus offer premium strength, melodic pop folkrock songwriting with well crafted lyrics and always enjoy giving a passionate, energetic live performance. Come and join the circus: go rogue!
A selection of tracks from the first two LPs are currently up and available on their Reverbnation page as a taster.
Here's a link https://www.reverbnation.com/theroguestatecircus/songs
facebook link: https://www.facebook.com/theroguestatecircus/     |   website: www.roguestatecircus.com 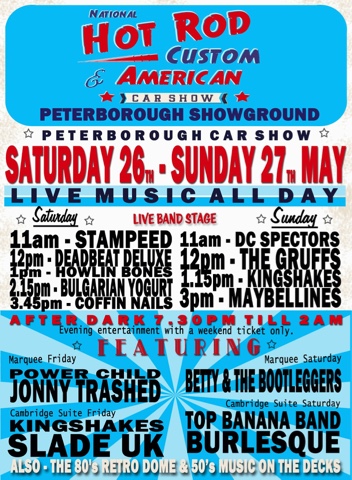 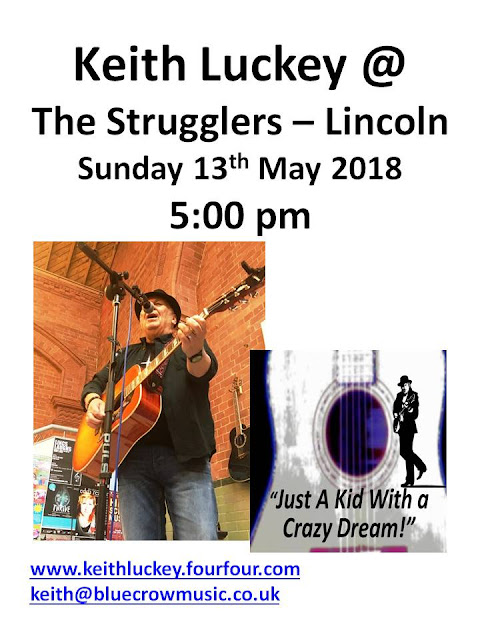 This young and exciting Gypsy Jazz & Swing band, play the old-fashioned way! With vintage style female vocals, swinging guitars, hot double bass and melodic accordion/piano you’ll be transported back to Paris in the 20s and 30s.

Another evening of our local folk club members and those from the wider acoustic music scene. Paul Bellamy & Lynn Haynes, Frank Napolitano, Ivor Pickard, Ian & Michelle Wright. (not running order)
20th: Hungrytown
This duo from America, have after more than a decade of world-wide touring and three album releases, Rebecca Hall and Ken Anderson--otherwise known as the folk duo Hungrytown--have earned a reputation for the quality and authenticity of their songwriting: “It’s great to hear an act eschew sentimentality in favor of honesty and to prove that you don’t have to go raiding the memory of others to find the stuff that really good songs are made of,” writes Jedd Beaudoin of Popmatters.
Lyricist Rebecca Hall is credited with compositions “that sound as timeless as any traditional songs” (Northern Sky, UK) while producer/multi-instrumentalist/husband Ken Anderson is lauded for his “remarkable affinity for instrumental embellishment” (No Depression) and for crafting Hungrytown’s “gorgeous vocal harmonies” (Folk and Roots, UK).
Hungrytown's Web Site
27th Closed for May Bank Holiday
Posted by Keith Luckey at 07:26 0 comments 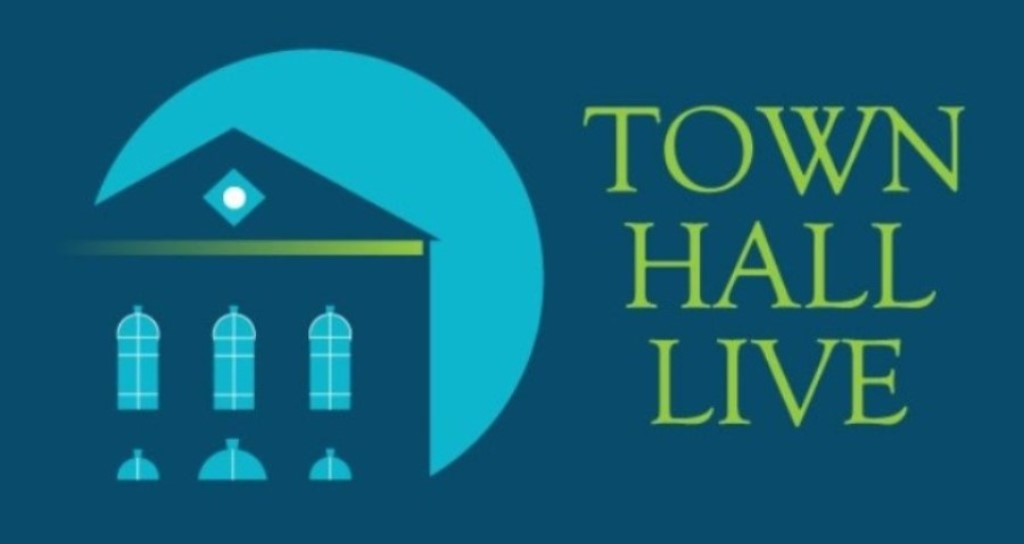