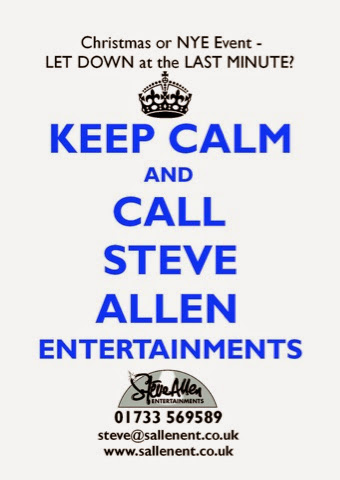 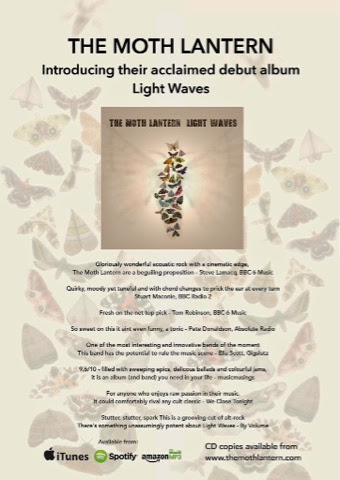 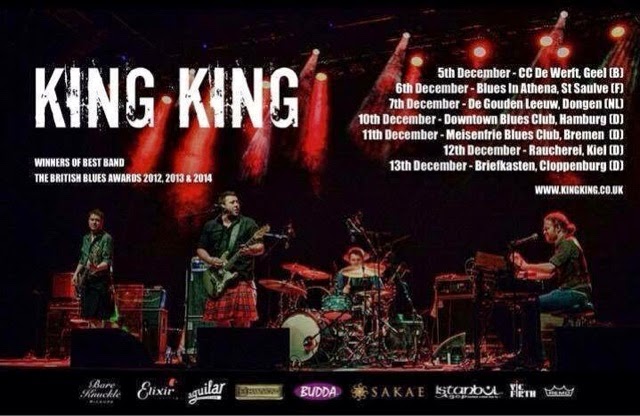 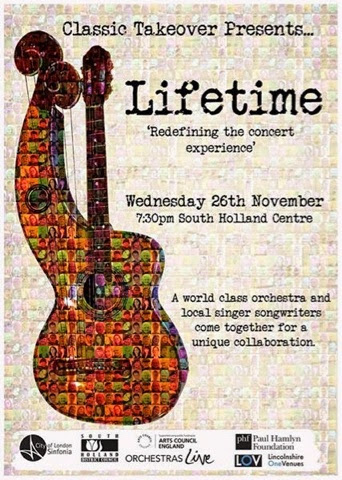 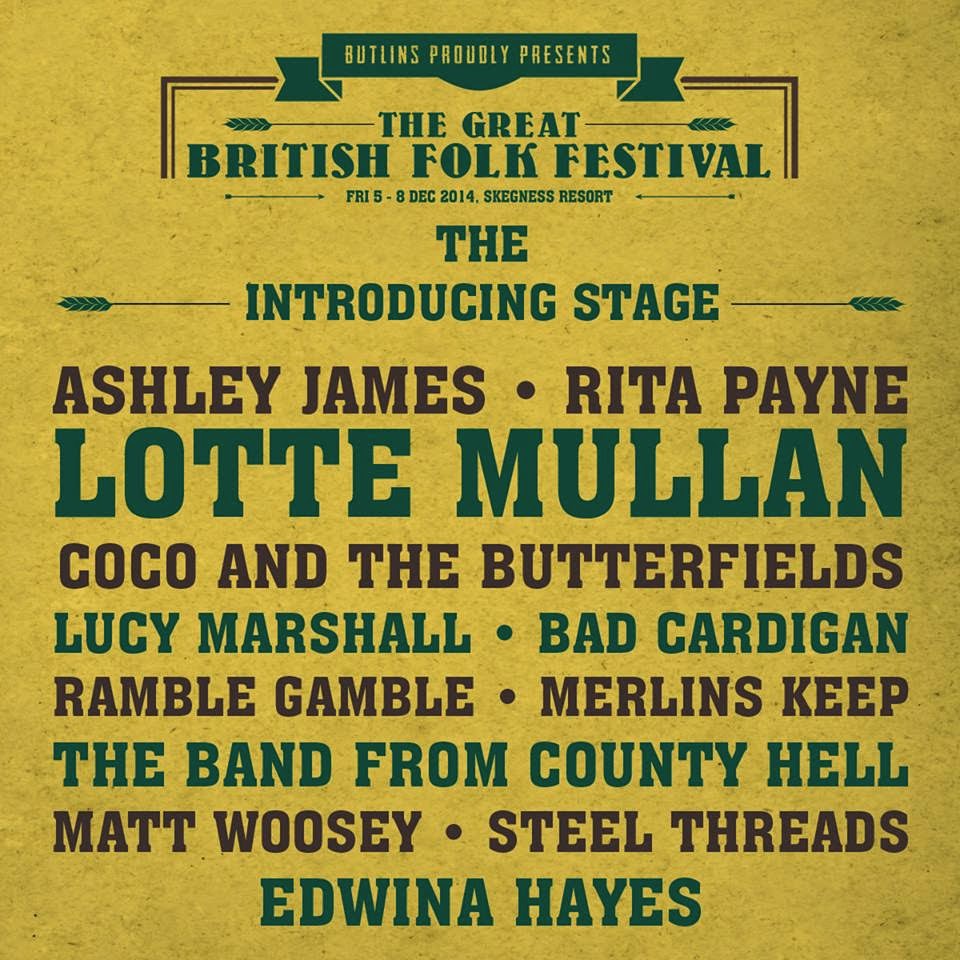 Rita Payne are going to be there too!

Check out these links... 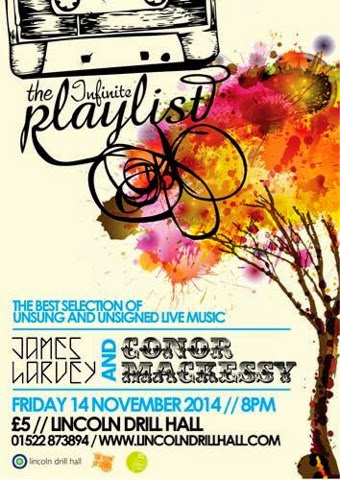 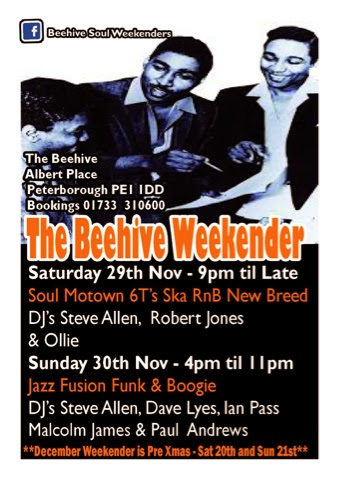 « SWING FEELING » Little Big Band
Organised in 1992, Swing Feeling is today considered by the jazz critics and the jazz amateurs as one of the hottest European bands, with the following musicians... 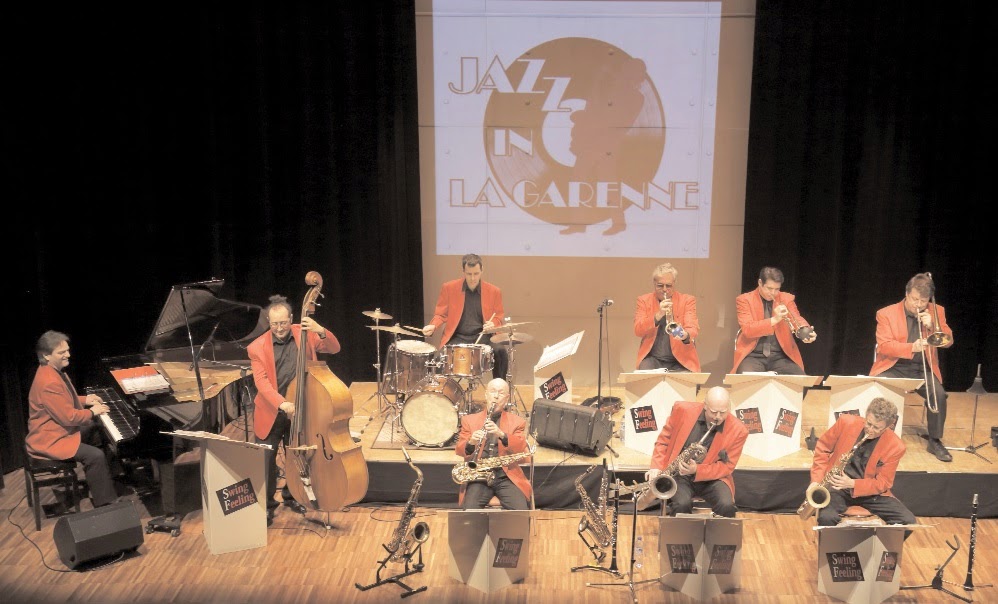 “With Swing Feeling, we are brought back to the Savoy or any great dancing hall that welcomed by the best big jazz bands. Swing Feeling’s rhythm section has been exemplary during the whole concert, Philippe Milanta often reaching his best (especially in his punctuation's and solos ‘à la Basie’) on the piano. All the soloists are excellent, with a particular mention for Jérôme Etcheberry, who brought the house down on Saint Louis Boogie, Second Balcony Jump, Yacht Club Swing, Krazy Krapers (with an exciting exchange between the trumpet and the drums that reminded me of the famous Benny Goodman’s Sing, Sing, Sing). The final tune, Bellboy Boogie ,had another excitnig dialog, this time between the two trumpeters.” François Abon, Hot Club de France
Swing Feeling is known for its swing, its feel for blues and its collective improvisations.

Maurice Cullaz, the late president of the French Académie du Jazz, wrote: “They are only nine, but they swing like fifteen !” “This band is a first class band. The music breathes, the rhythm is relaxed, and the melodies are really felt. Here one approaches the groove of the old american bands. The musicians really play like one man as they share a common musical spirit, and they all know how to raise the tension by playing solos that are coherent with the esthetic of the group. The size of the band allows a greater flexibility than an average big band has, and offers more liberty to each soloist.”

Guy Chauvier, Jazz classique
“The spirit of Kansas City and Harlem inspires this orchestra. Homogeneity, rhythmic precision and spontaneity unite these musicians of one of the best European bands.”

Jazz Notes
A tender or dynamic music, according to the color of each tune, with arrangements that really swing,
and lots of improvisations. Feeling and Swing!
CONTACT : Dan Vernhettes jazzedit@sfr.fr

Scottish rock legends Big Country celebrate the 30th Anniversary of their classic second album ‘Steeltown’. They will be embarking on a three month long Steeltown tour, playing tracks from their iconic number one album plus their greatest hits. Big Country, featuring original members Bruce Watson and Mark Brzezicki, still retain the same energy, passion and unique sound that propelled them to the top 30 years ago. With support from Abi Moore and The Listeners. Tickets: £18 in advance (£20 on the day)
Secret Affair: 35th Anniversary Tour Friday 21 November 7.00 pm

Released in 1979, “Glory Boys” was the debut album from top mod revival band Secret Affair. The album featured the smash hit singles “Time for Action” and “Let your heart dance”, and was a massive commercial and creative success featuring nine original songs from Ian Page & David Cairns along with a cover of Smokey Robinson’s “Going to a go-go”. To celebrate this seminal album’s 35th anniversary Secret Affair have embarked on a UK tour…including this gig at the Drill Hall which takes place almost 35 years to the day since they last played at the venue. Plus support From The Lambretas. Tickets £16
Venue details... 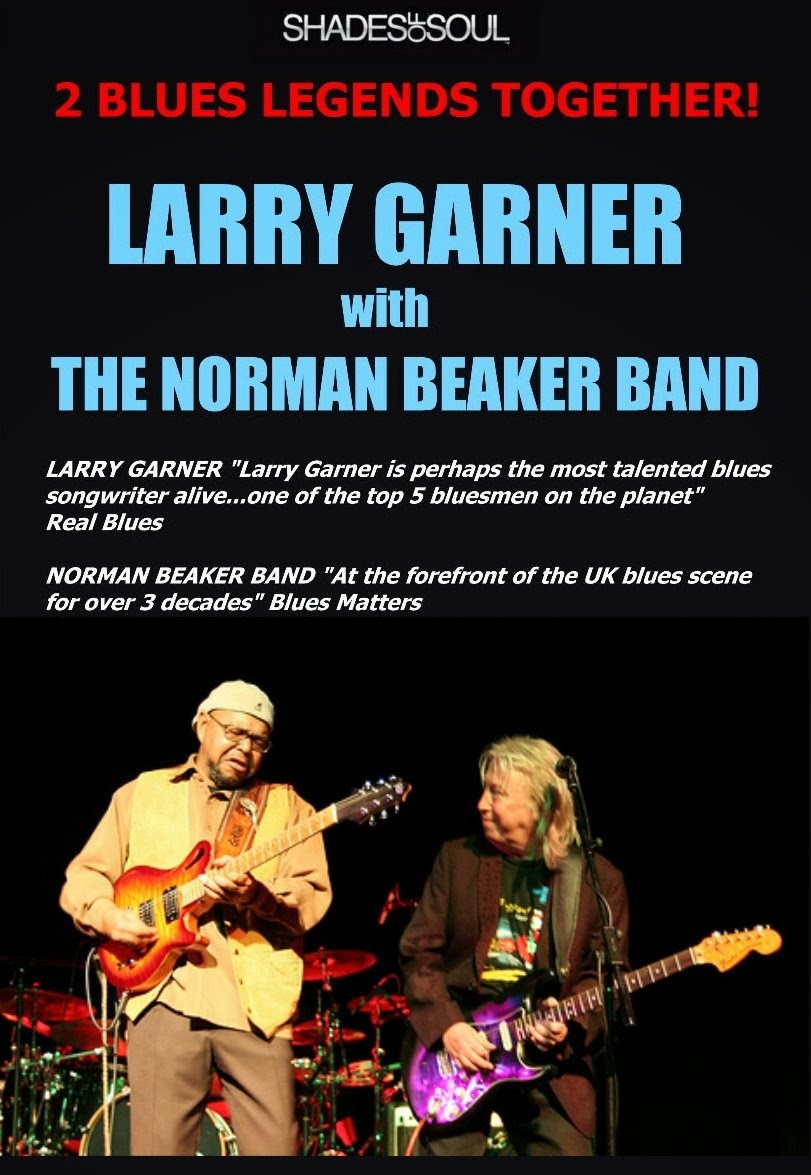 Check out the Norman Beaker Band on Facebook https://www.facebook.com/normanbeakerband/timeline

A message from Big City Indians!

Hello friends. we're honored to announce a 4th time nominee in the Native American Music Awards-Nammys. The song "May You Walk" from Big City Indians TUWA album has been selected as one of five finalists for the Native Heart category at the 15th Annual Native American Music Awards (NAMMYs).
A public voting process is taking place NOW.
We are so grateful for all of you that casted your vote!
Here is the voting link: http://www.nativeamericanmusicawards.com/vote-now

The categories we are in:
31. NATIVE HEART
4. BEST COMPILATION RECORDING for "Earth Bound Angel – Various Artists"

Float Like Angels Present at the Lincoln Imp Scunthorpe 15 November 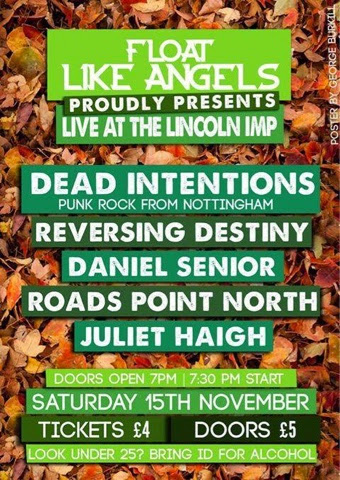 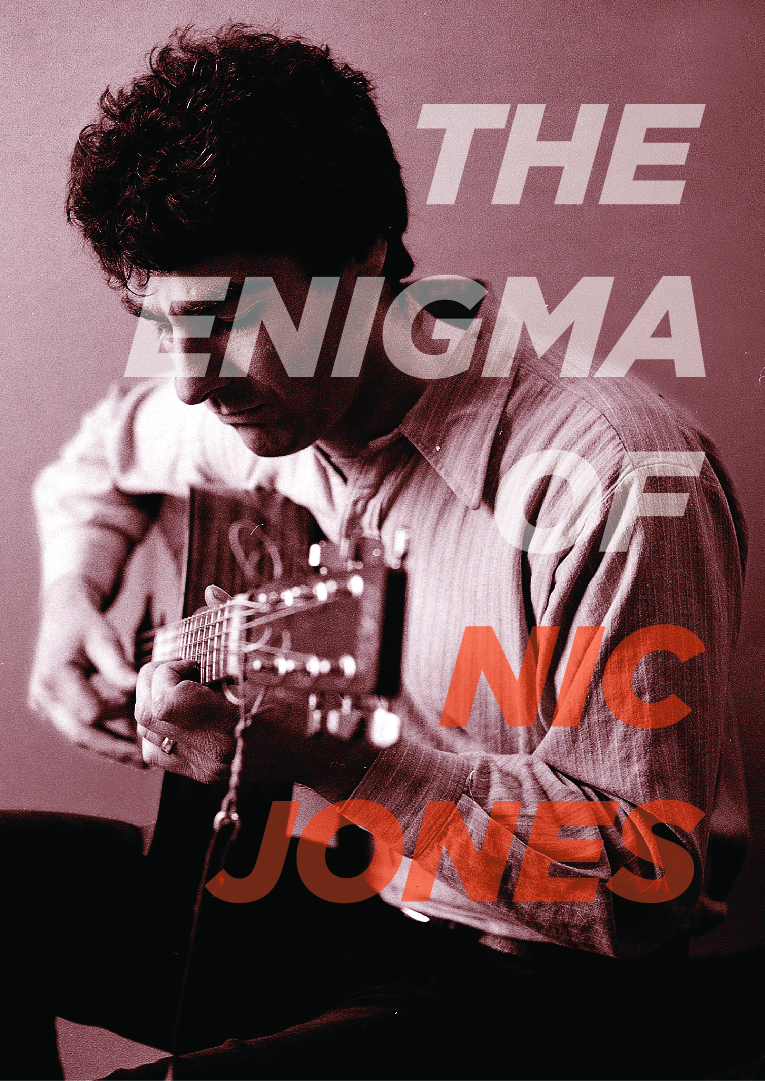 The Enigma of Nic Jones DVD has the added bonus of seven complete performances of songs exclusive to this release:
The Nic Jones Trio perform three songs in rehearsal, 'Master Kilby', 'Rue The Day' and 'I Only Spoke Portuguese'; Eliza Carthy plays a stunning version of '10,000 Miles'; Blair Dunlop's interpretation of 'Canadee-I-O' clearly shows how Nic's guitar-playing influences younger performers, and Nic's former Bandoggs bandmate Pete Coe plays one of Nic's live staples, 'On a Monday Morning' and a Bandoggs favourite, 'Astley's Ride/Up and Away'.

'...the photography's gorgeous, the talking-head interviews are heartfelt and enlightening, and the comeback footage... is tentative but often deeply moving.' Time Out 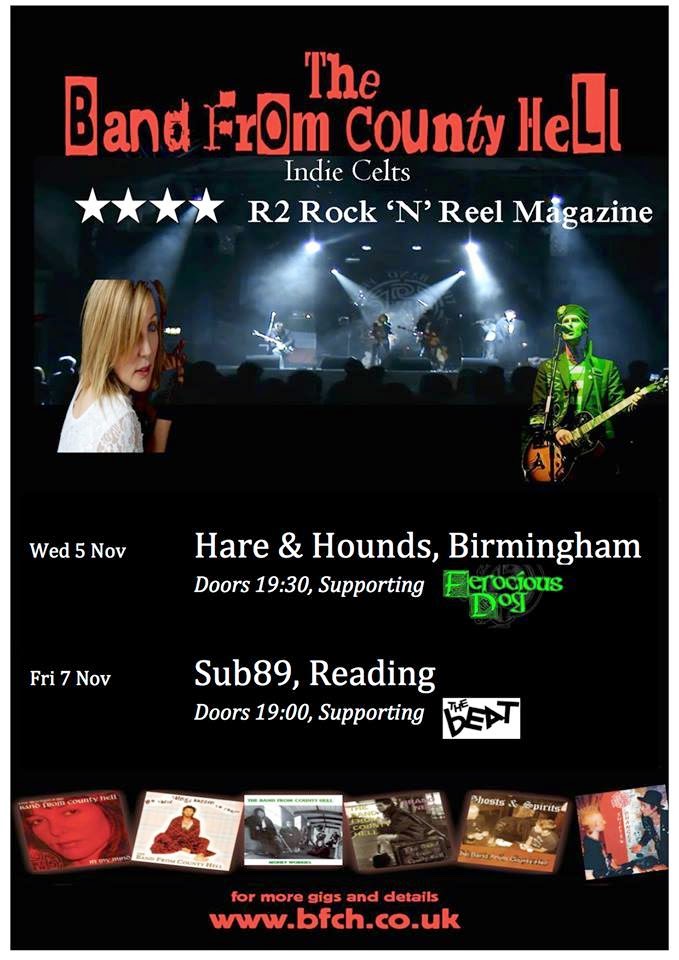 Further details of the Celt Rockers from www.bfch.co.uk