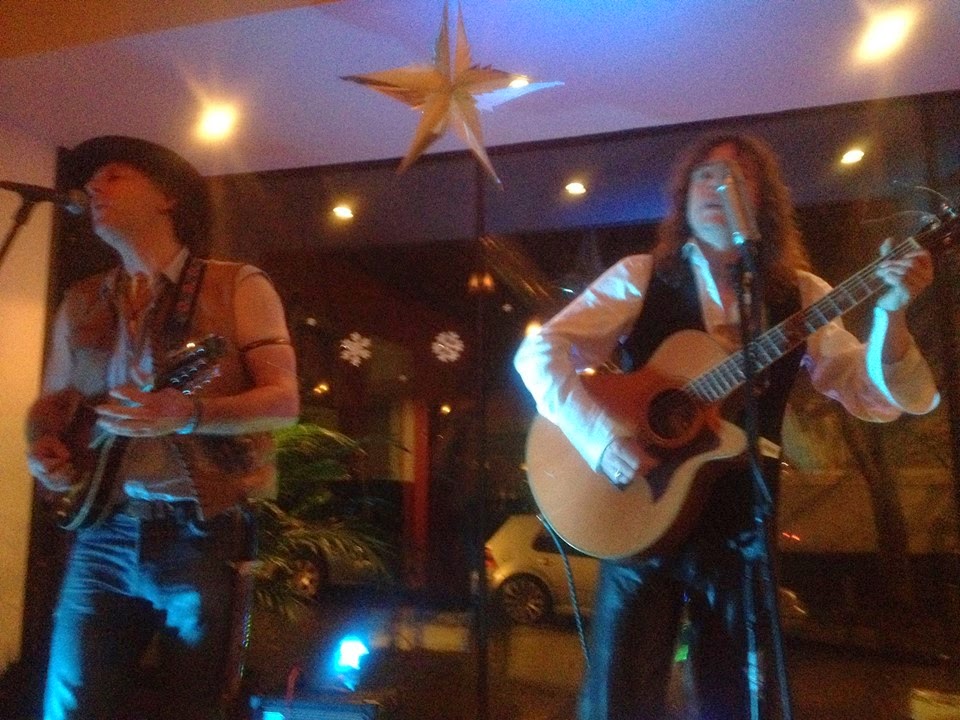 Look Out It's The Broom Busters!!! 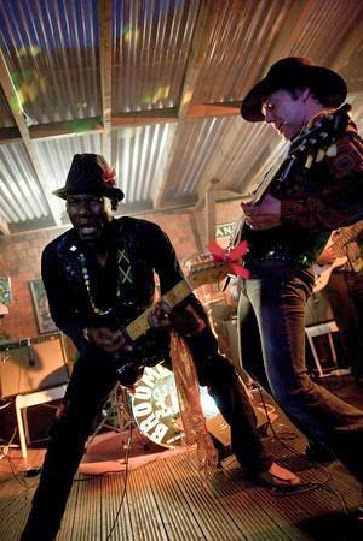 Look out it’s
THE BROOMBUSTERS
The greatest Rock’n’Roll, Blues & Ska Party on this – and probably any other – planet

Born in the heart of Big City Birmingham, fronted by the wild, wacky – and not a little scary – Charlie Wolfman Sylvester, this five piece combo generates enough power onstage to blast off into space, which can happen on a not irregular basis.

Wolfman is the band’s secret weapon, and it’s not surprising that the man has a background - and what a background. 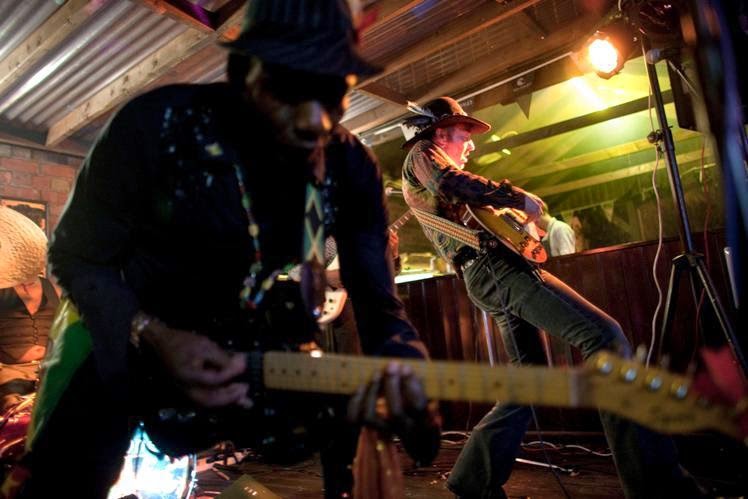 Remember the exuberant and colourful JALN Band that seemed to inhabit – alongside Kool & The Gang and Chaka Khan - the Top of the Pops Studio throughout the 70s and 80s with a seemingly endless run of disco soul hits? Managed by pop guru Pete Waterman the band toured the world for some 25 years and clocked up hit after hit. And that’s where The Wolfman came from, the star of The JALN Band. Then The Wolfman decided to return to his roots – and The Broombusters were born.
Extravagant, entertaining, infectious enthusiasm and danceability in spades – that’s The Broombusters. 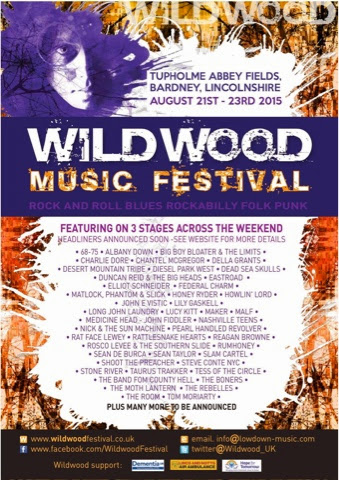 LIVE ARTS IN BRIGG; The Wilsons, supported by Dave Vermond

LIVE ARTS IN BRIGG – concert with The Wilsons, supported by Dave Vermond 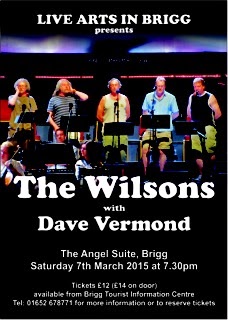 It might seem unlikely that a group who have sung on both Broadway and at the Albert Hall could be performing in Brigg, but that’s what’s happening in a concert at The Angel, BRIGG in March.

The group in question is The Wilsons, a group of five brothers from the north-east who opened in Sting’s musical, ‘The Last Ship’, on Broadway last summer. Before their two special performances with Sting at The Sage in Gateshead at the end of April you can see them in Brigg first!

The brothers each have unique and very powerful voices which have gained them a huge following wherever they go. Singing either individually or in close harmony, they perform both traditional and more modern material – along with a large helping of humour – making every concert a truly memorable one. One of the brothers, Chris, has close links with the area, having lived in Winterton for a time some years ago, when he was a popular local singer.

Their support at the concert is also familiar to local audiences. Singer, songwriter and guitarist Dave Vermond was a great favourite when he sang regularly in the area a few years ago. His witty songs, great voice and brilliant musicianship will perfectly complement The Wilson’s powerful performance – it promises to be a terrific concert, so don’t miss it! 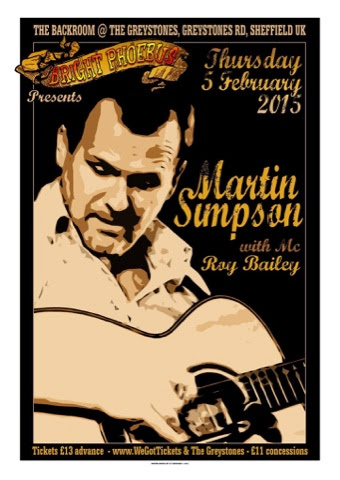 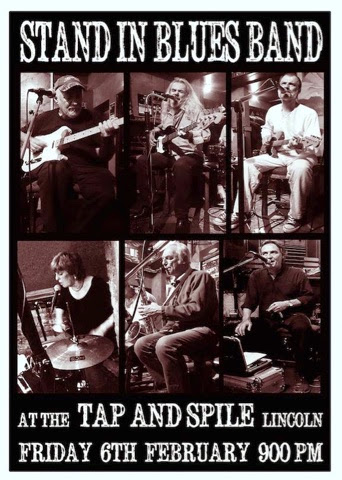 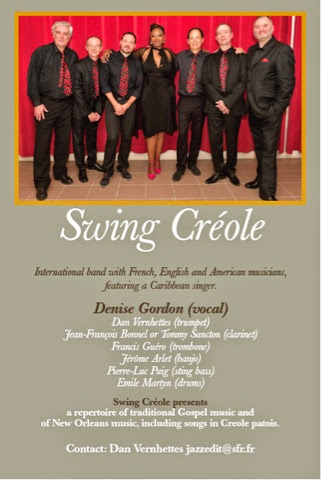 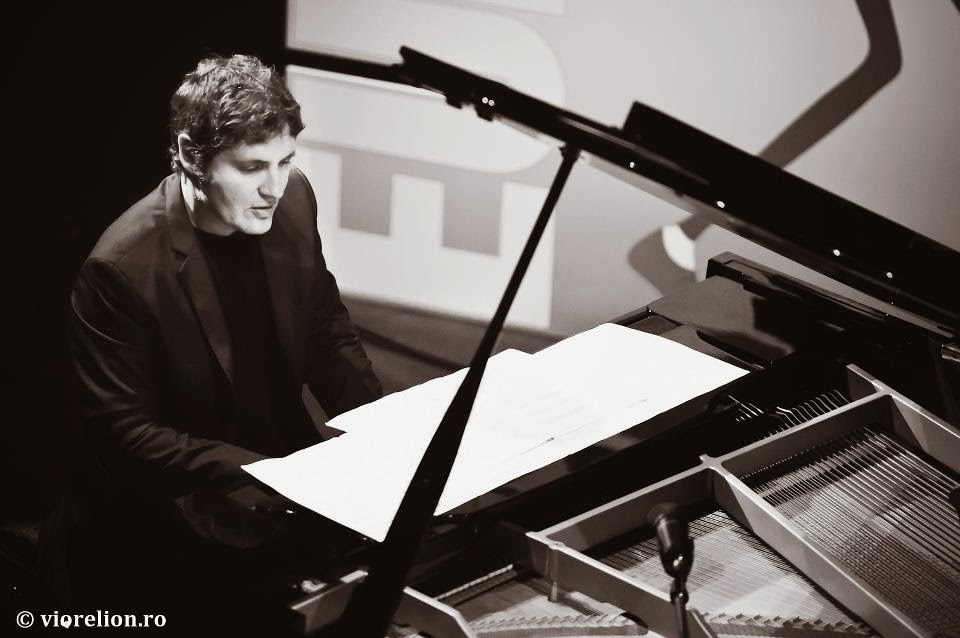 This band is an ensemble led by the pianist Xavier Dotras. From 2004 the group has forged an excellent career supported by 5 recordings, and together with important musical critics and a considerable curriculum of performances abroad (England, Holland, France, Germany, Italy, Poland and Rumania).
The last work, called “Paintings” (Picap-2014), is homage to the painters of the XIX, XX and XXI centuries. The well-known vocalist Carme Canela has collaborated in this CD.
You can see a video-clip on the following link:
https://www.youtube.com/watch?v=FdptvUlDtB0
Contact...
management@xavierdotras.com
More information:
www.xavierdotras.com
www.xavierdotras.com
www.myspace.com/xavierdotrastrio

The Norman Beaker Band with Larry Garner: Dates Available in May and June 2015

The Norman Beaker Band with Larry Garner: Dates Available in May and June 2015

Norman Beaker...
Norman Beaker has been at the forefront of the British Blues scene for over 4 decades playing with Alexis Korner, Graham Bond, Jack Bruce, Tony Ashton, Paul Jones, Eric Burdon and many others.
BB King commented, “Norman is like a white Freddy King”, a compliment indeed, and not one wasted on the many artistes Norman has subsequently worked with including: BB King, Jimmy Rogers, Buddy Guy, Lowell Fulson, Fenton Robinson, Chuck Berry, Carey Bell James Booker, Jon Lord, Larry Garner and Ruby Turner to name just a few.

What they say about Larry Garner...
Garner's mellifluous lead guitar chops are akin to B.B. King's and are relatively free from rock influences ... Extremely musical and imminently listenable blues that should bring the name Larry Garner to a large audience.- Blues Revue 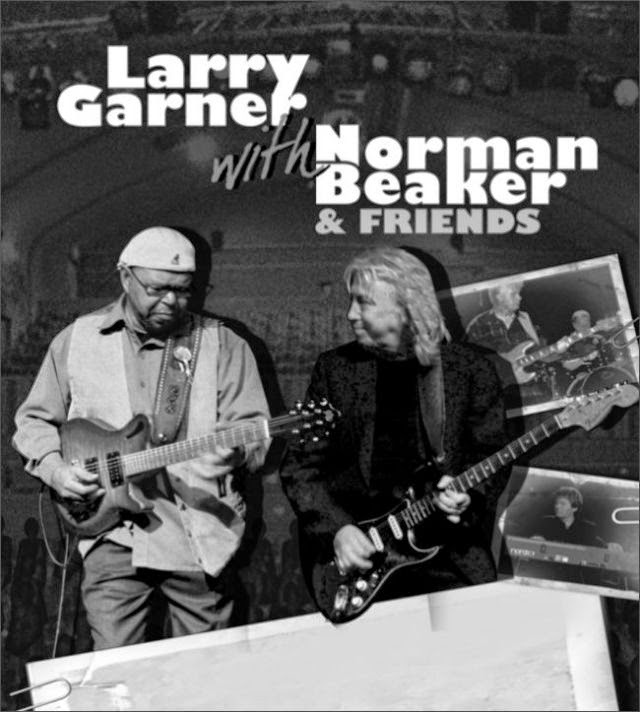 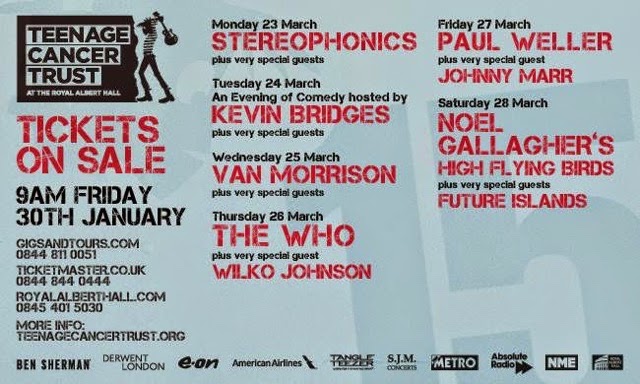 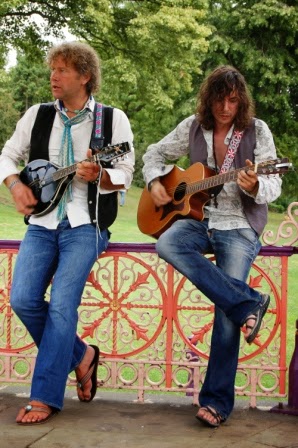 The Fyreflies are a Lincoln-based duo: Ben (guitars, vocals and bass drum) & Darryl (mandolin, vocals, guitar, flute, didgeridoo and bass) - and the occassional guest percussionist. As well as performing eclectic popular covers (including tracks from REM, The Cult, The Stranglers, Mumford & Sons, The Clash etc.) in their particularly folk/rock style, they also like to infuse Celtic rock, sea shanties and other genres with 'Ooomph'!

They also perform much of their own material, which has also been successfully received over local radio, festivals and other events. Along with the tight harmonies, evocative and bursting guitar/mandolin work, and their ability to engage with the audience, The Fyreflies could have you jigging in the hull of a galleon, singing along to rocking tunes or have you humming along with the Faeries.

For further information and booking enquiries contact Darryl at thetroubadour@hotmail.co.uk
Posted by Keith Luckey at 11:51 0 comments 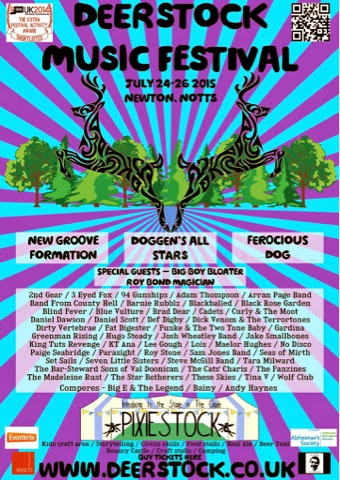 You Can't Always Get What You Want! 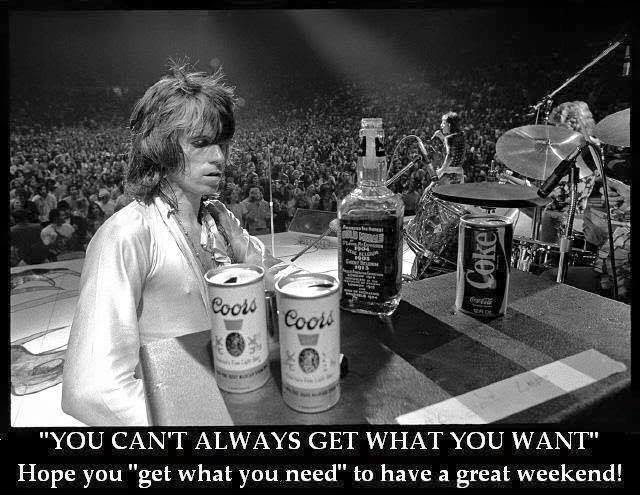 a very eclectic mix of styles and genres, so something for everyone.
Line  up... 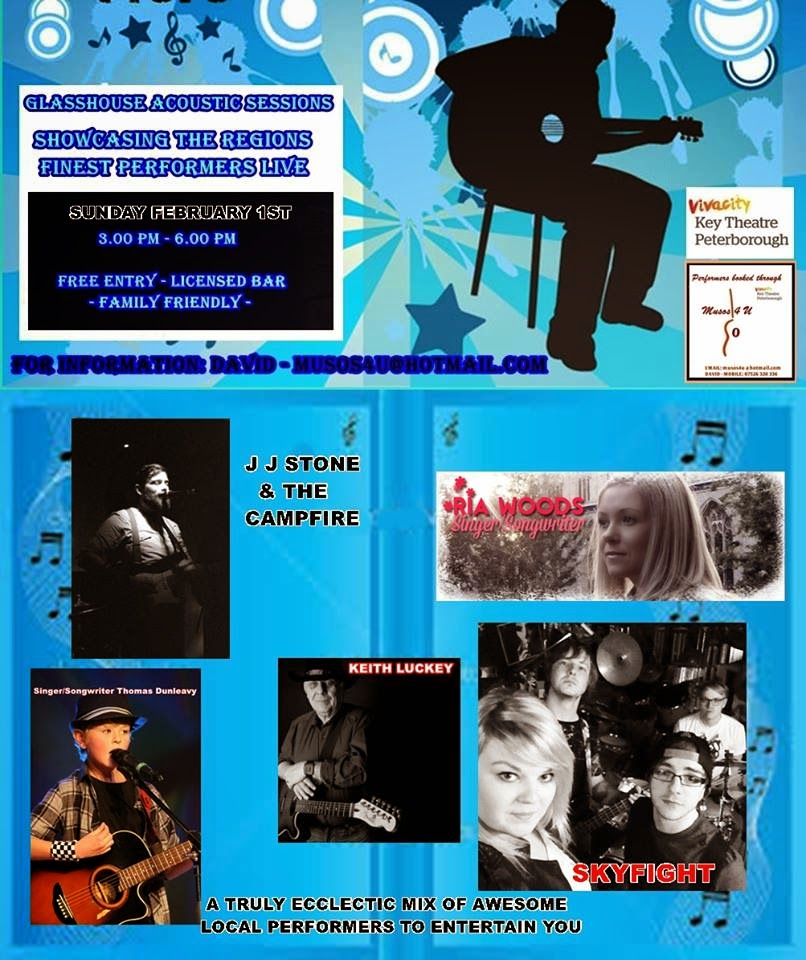 Don't miss this one!
www.lincolndrillhall.com 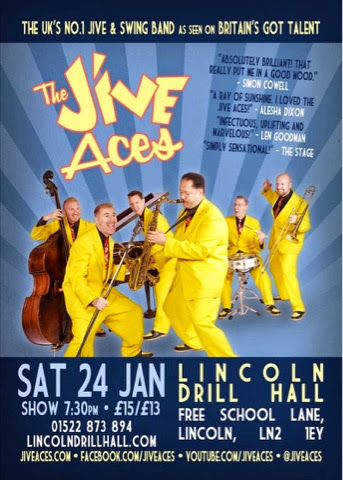 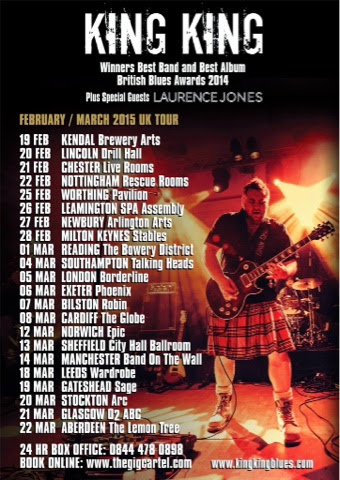 The Janne Ersson Big Band On The Road Again.

Fore more than 18 years "The Janne Ersson Big Band" has been the leading big band in the style of Buddy Rich & his music and is considered to be one of the best, or perhaps the best big band in Europe in this style of music.

The band are on the road with the american jazz singer Michael Somerville who tributes the american songbook (Sinatra, Nat King Cole, Joe Williams and Matt Monro)

This combination is rather unique with a blasting big band at it's best and a great, great jazz singer tributing all the great vocalist's of the century.

The band recently played Berlin, Germany with an enormous response from the audience and are now playing Jazzclub Birdland, Hamburg, Germany on Jan 30-31. 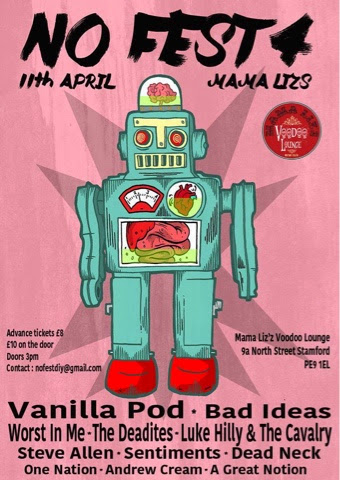 Introducing Ricky Cool & the In Crowd

Introducing Ricky Cool & the In Crowd 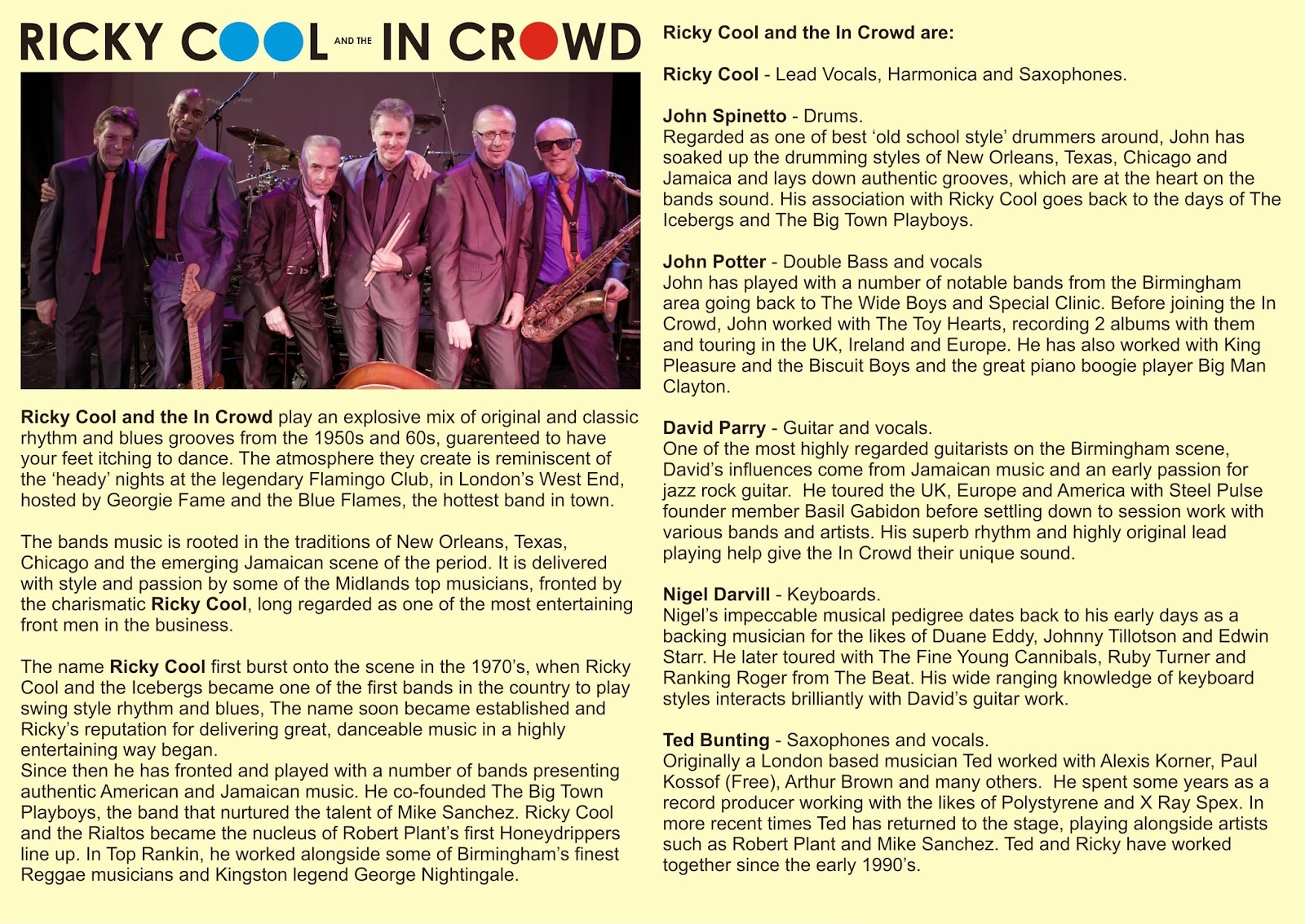 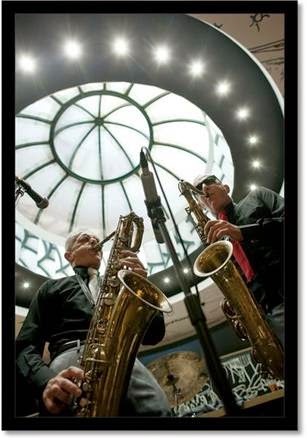 Listen To Them Here 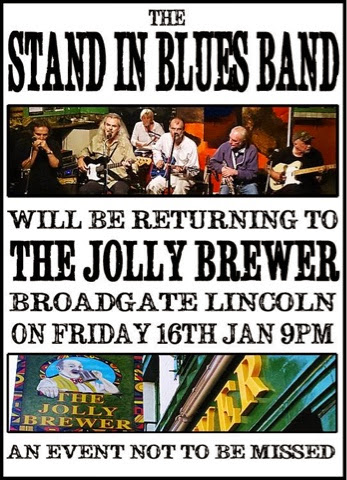 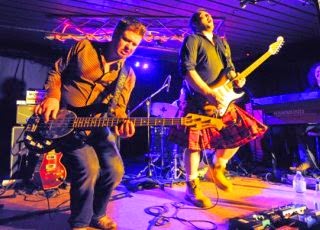 Winners of an incredible 7 awards at the 2014 British Blues Awards (including Best Band for the third year running), the amazing and quite frankly awesome King King return to the Drill Hall for the very first night of their latest UK tour for a stunning night of original rock & blues.

With support from Laurence Jones, Winner of 'Best Young Artist' at The British Blues Awards 2014.
Please note this is a standing gig. 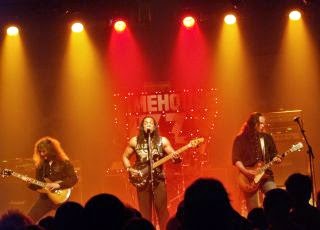 Friday 23 January 8 pm
Limehouse Lizzy
Renowned for an action-packed explosion of a show, Limehouse Lizzy continue to keep the spirit of Celtic rock icon Phil Lynott and his band Thin Lizzy alive and well and dominating stages worldwide. Attention to detail, playful audience interaction and great musicianship have led to their performance being described as ‘beyond tribute’, by both audience and critics alike. Please note this is a standing gig. Tickets: £15 (£13 concessions) 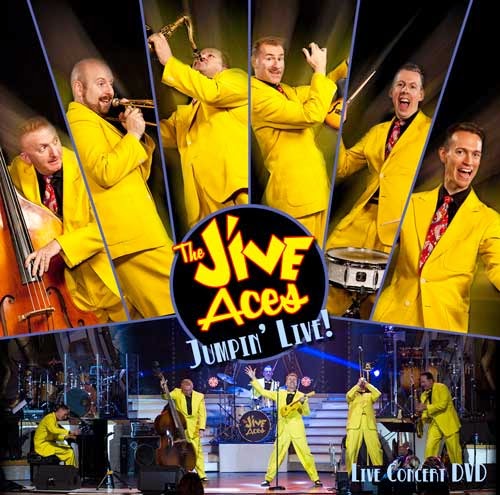 Saturday 24 January 8 pm
Jive Aces
Having become the first ever band to reach the semi-finals of Britain's Got Talent, the Jive Aces followed this up with a performance for HM The Queen as part of the Diamond Jubilee celebrations. They have established themselves as the UK's top Jive & Swing band and are renowned for their hot, swinging music and high-energy stage show playing songs made famous by such greats as Bobby Darin, Louis Prima and Sammy Davis Jnr as well as a selection of superb originals.

Check Out The Bluecrow Record Store on Amazon.

Check Out The Bluecrow Record Store on Amazon... 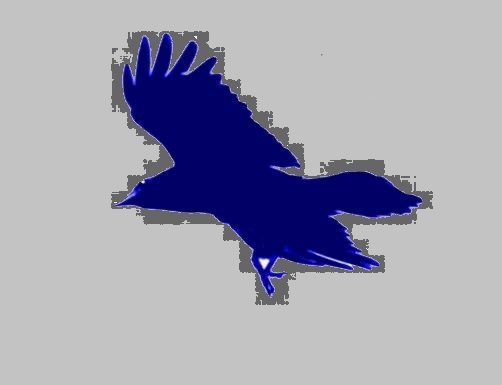 Kent DuChaine at the Dog and Bone Lincoln 28 February 2015 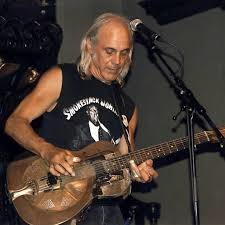 Kent DuChaine, is an American blues singer and guitarist. He currently lives in Fort Gaines, Georgia but guess what???

On February 28 he’ll be at the Dog and Bone in Lincoln.

This is a gig that’s not to be missed.

Check out his web site and a YouTube link here...

Check Out the Bluecrow Book Store.

Check Out  the Bluecrow Book Store. 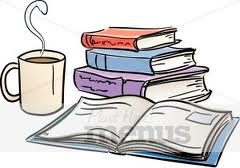 Browse here for works by authors who were once, quite probably, angry young men... 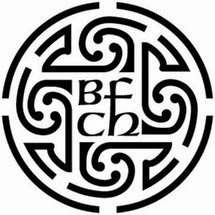 The Band From County Hell are a five-piece Celtic rock band and have been described as one of the most exciting and original Celtic bands on today's circuit
For more information about the band check out their website...

Topic Records - Another Year Another Anniversary